Before I start this week’s windup, let me point you to a different podcast for a moment. The guys at the TMDR Podcast describe their show as being simultaneously about nothing and about everything, but they keep the shows confined to a couple of topics. I’ve been listening in on their discussions of the HBO series Westworld, and just this week they did a show where they spent some time reviewing several different podcasts, How Good It Is being among the shows they reviewed.

I have to say, I was blown away by the level of praise they gave to the show, and I just wanted to thank them yet again, and offer up this link (click on their logo at right). Go check them out; I think you’ll have some fun.

Back in the mid-1980s I went to a Fourth of July event on Long Island. Among the pre-fireworks entertainment was music provided by The Drifters. What I didn’t realize at the time was that there were LOTS of ex-Drifters simply, er, drifting about, and many of them had gotten together and were touring as The Drifters. What’s more, all of these groups could legally do so in many places around the country.

As it happened, I was young and naive, and kinda-sorta listening to their lead singer and the way he was singing staccato style, because he was older and couldn’t hold his notes for any appreciable length of time.

So did I see The Drifters or did I see “The Drifters”? There’s an element of “both” in my eyes, because there were so many people paid to be one of The Drifters that this group could easily be made up of former members. But that didn’t mean I was watching Ben E. King or Clyde McPhatter.

“Under the Boardwalk” was recorded the day after their lead singer Rudy Lewis died. They recruited a former member from several years ago, and before long a new version of the group had cranked out their second-biggest hit.

As usual, your podcatcher software should already have this, but if it doesn’t, you can always play it back right here:

Or, if you’re so inclined, you can go directly to the Podomatic site and download it on your own. And please leave a review wherever you get your shows from, it really helps drive traffic. Thanks! 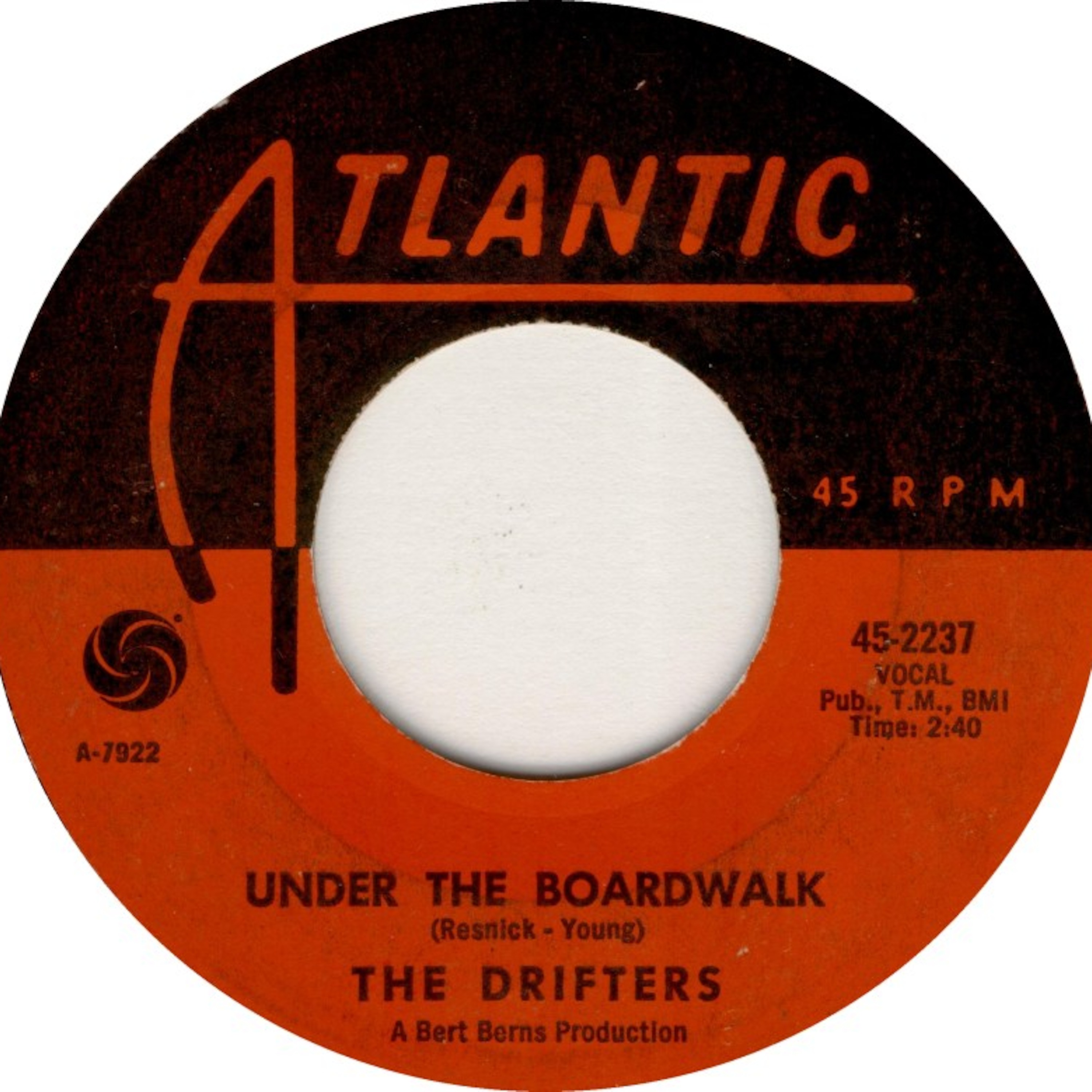 In 1971, Don McLean was a known artist but hadn’t yet hit it big with “American Pie.” Lori Lieberman was a 19-year-old singer-songwriter who’d recently scored a contract. Lieberman attended one of McLean’s shows and she was so struck by his performance

of the song “Empty Chairs” that she wrote a poem about it, more or less on the spot. She took the notes to her collaborators and they put together a song for her album. It became her first single, but it was quickly overshadowed when Roberta Flack covered it.

While the song was covered numerous times, including versions by artists as diverse as Perry Como and Michael Jackson, it wasn’t until The Fugees put together a hip-hop cover that the song gained new life. Lauryn Hill’s singing gives the song an extra emotional ache, perhaps because their original idea was to turn the song into a cautionary tale about substance abuse, an idea that the original writers didn’t support.

As usual, your podcatcher should have the show by now, or you can play it right here. Or, if you prefer to download it yourself, click here and have at it.

And remember: you can also listen to the show via Stitcher, iHeartRadio, Google Play Music and TuneIn.com, which means you can also play it through your Amazon Alexa! (“Alexa, play How Good It Is on Tune In Dot Com.”) Go check out the links somewhere in the right-hand column. 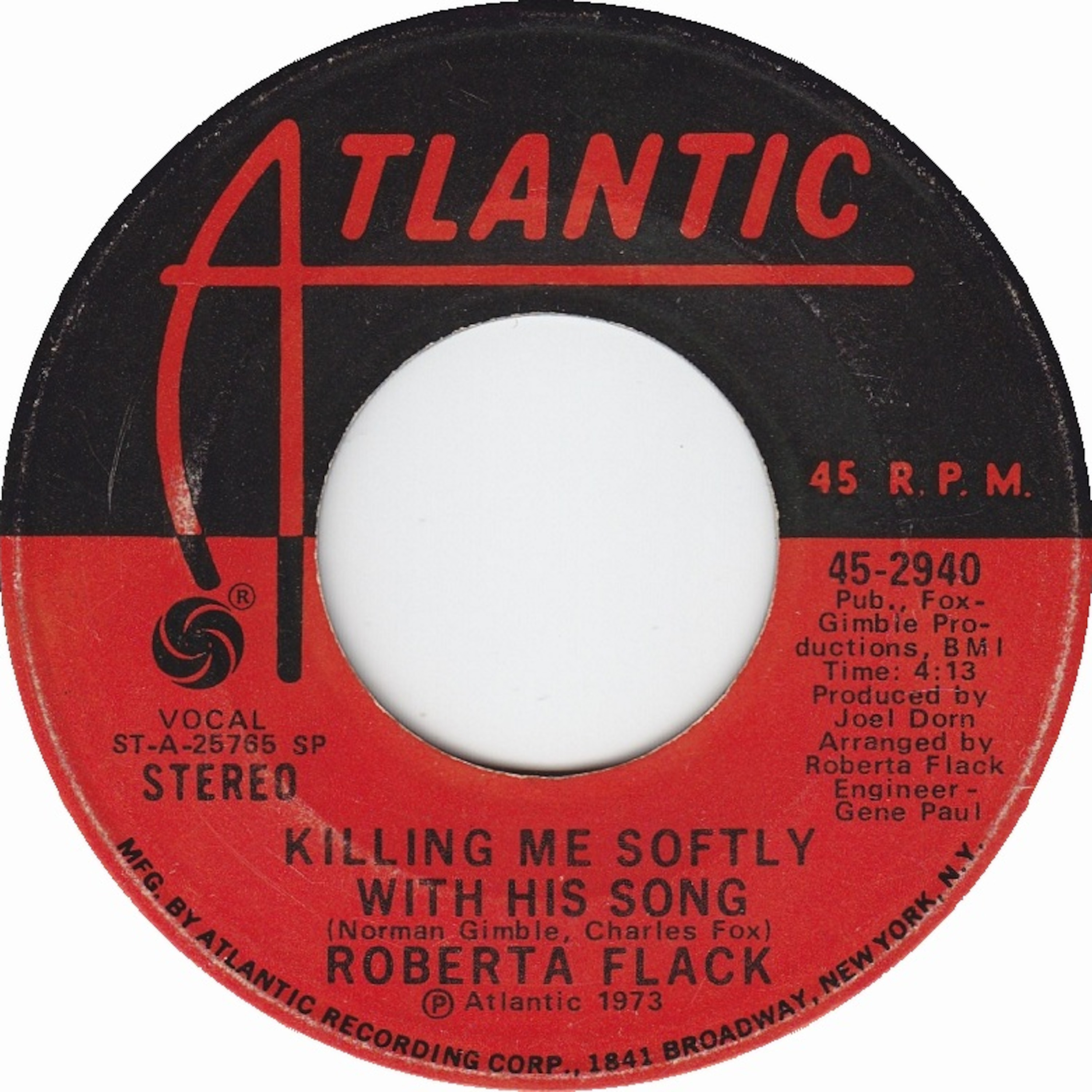 It’s 1971 and Don McLean hadn’t yet hit it big with “American Pie,” so he was touring around and caught the attention of a singer-songwriter named Lori Lieberman, who was so touched by his performance that she wrote a poem which ultimately became a hit in multiple genres.

Before I do anything else, let me give a shout-out to a friend of the podcast, and one of its first fans who wasn’t related to me. Connie Paulson provided the artwork that you see in this post. You can see more of her stuff if you hook up with the show’s Facebook page.

In 1975 Aerosmith was pretty much just another rock band with a modest hit, but when they got writer’s block, a trip to a Mel Brooks movie inspired them to come up with a title, and then Steven Tyler wrote the lyrics over the next day or so–twice, as the story goes. The song was a hit, and ten years later, it was a hit again when Aerosmith teamed up with rap act Run-DMC to cover the song. Check out the video; it’s fun, it’s very creative, and you barely notice that most of the band is missing:

Your favorite podcatcher should have the show by now, but feel free to play it right here, if you’re so inclined. Or, if you prefer to download the episode on your own, follow this link.

And remember: you can also listen to the show via iHeartRadio, Google Play Music and TuneIn.com, which means you can also play it through your Amazon Alexa! (“Alexa, play How Good It Is on Tune In Dot Com.”) 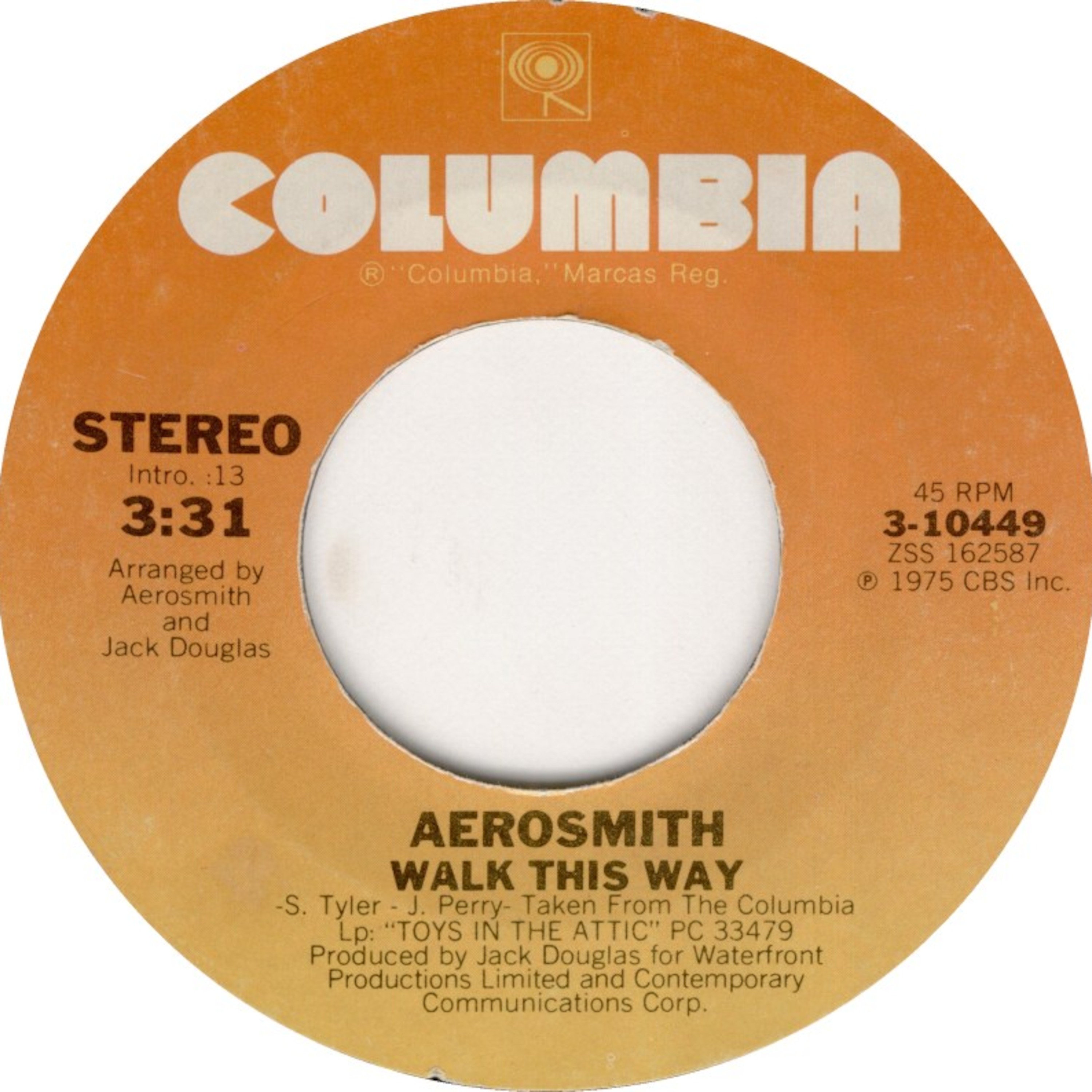 The rumor goes that Aerosmith was inspired by a Mel Brooks movie to write the song that provided them with not only their first Top 10 hit, but that gave them the lever to make a comeback in 1986. As far as the rumor is concerned, let me quote another Mel Brooks movie: “It’s twoo, it’s twoo!”

While I’ve made the joke in the past about a band taking ten years to become an overnight success, Dire Straits was successful almost from the jump. After a false start with EMI records, the band found a friend in a BBC disc jockey to whom they’d merely turned for advice. That DJ liked what he heard and started playing their stuff, which turned into a contract with a local label, and which they parlayed into a contract with Warner Brothers Records. And all of it in about the space of a year.

Knopfler composed the song on the National Steel guitar you see in the picture here, but he wasn’t happy with it until he played it on a 1961 Stratocaster. He was so happy with the way it sounded that he stuck with the Strat for years afterward.

Given that Dire Straits was their first album, and it did so well worldwide, it was pretty clear early on that Knopfler is a ridiculously talented guitarist who has a way of making it look easy, and it seems to me that unless you’re a music aficionado, his talent is generally under-appreciated.

By now your favorite podcatcher should have this week’s show in your device, but if not, you can listen to it right here: If you’d prefer to download the episode directly, you can do so by going to this link (autoplays in a new window). 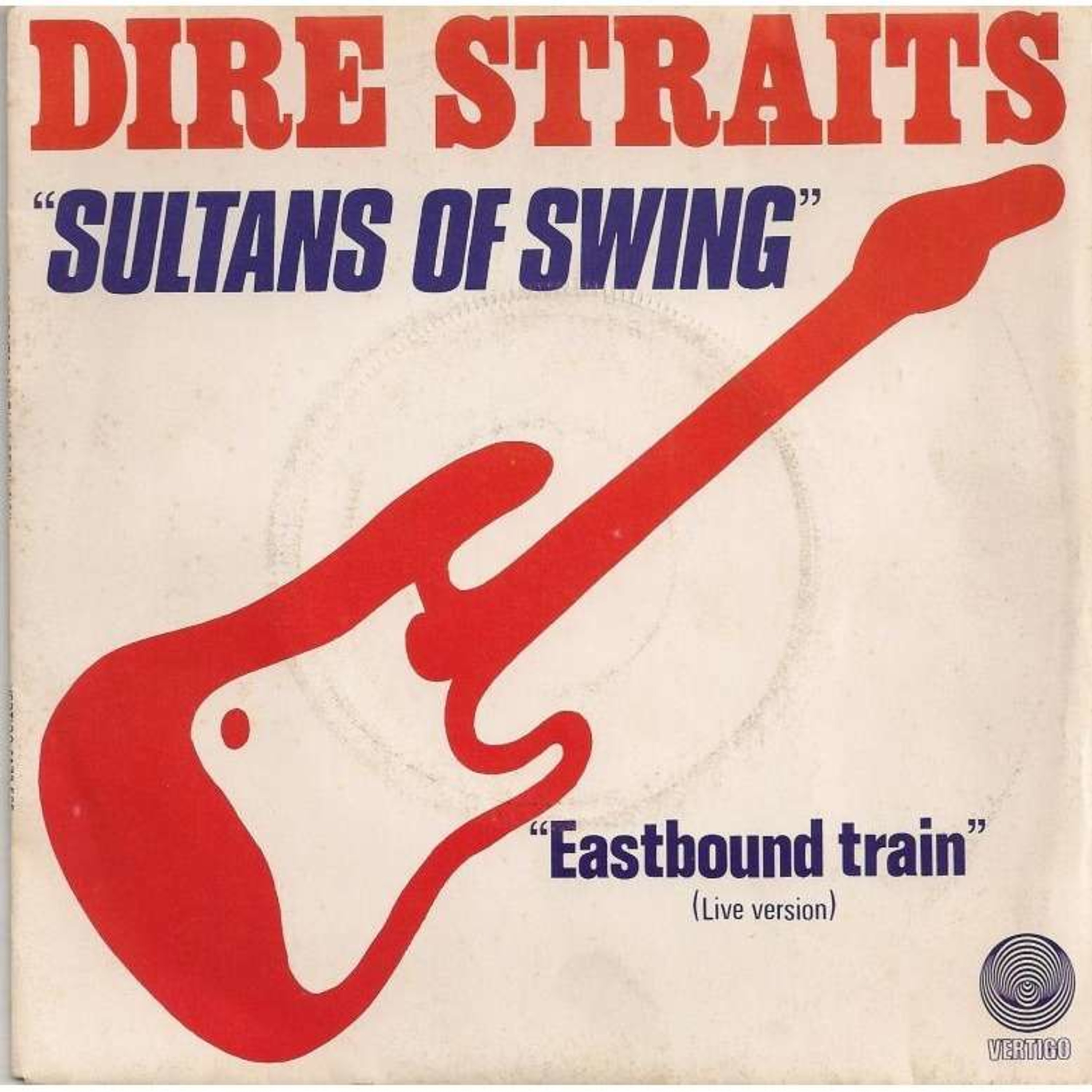 Mark Knopfler sees a band performing to a nearly-empty house in a South London pub, and turned the experience into Dire Straits’ breakout single. Ugh. I really hate doing this, but there’s no show this week. I’ve got an upper respiratory infection, which I think you were able to hear a little bit of last week, but it’s really affected both my voice and my ability to concentrate.

If it clears up faster than I anticipate, I’ll record and release a show mid-week, with another next Saturday. Otherwise it’ll be next week.

In the meantime, I leave you with this. Please don’t hate me.

By the time early 1965 came around, the Rolling Stones were certainly in the realm of a band that had paid their dues. They’d spent time touring the UK to build up a following there, they’d been to the US once without a hit, which wasn’t an especially successful tour, and they’d been there a second time, a trip that went much better. However, during that tour there were still a few mishaps, and that, plus a guitar riff that Keith Richards literally wrote in his sleep, transformed the Rolling Stones from Just Another British Band Covering American R&B tunes, into a genuine worldwide phenomenon.

The time from concept to release was a little over a month, and from release to the top of the charts (in the US, anyway) was only another few weeks. The song dominated the Billboard Hot 100 for the entire month of July 1965, and became the #3 song of the year, behind “Wooly Bully” (Wooly Bully? Really? That was #1?) and “I Can’t Help Myself (Sugar Pie Honey Bunch)”.

Your favorite podcatcher may have it by now, but if not, you can always listen to, or download, the episode here:

You can also find the show in the Google Play Music store or in iHeartRadio. I’m still working on Spotify, but they take a long time to make the yes/no decision. In the meantime, please take the time to leave a rating wherever you’re listening. And thanks for continuing to support the show!