NOTE: This is a pre-production transcript and may not match the final show precisely.

Hey, Cuz! Welcome to the next episode of How Good It Is, the show that takes a closer look at songs from the rock and roll era, and we check out some of the stories behind those songs. And today, we’re looking up at 99 Luftballons.

Hi there! I’m Claude Call. Let’s do some trivia.

This is a quick one for ye. One of these artists had a Number One hit in the UK as a solo artist in the 1970s. In fact, it was the biggest hit of the year in which it was released. Was the performer:

John Oates of Hall & Oates, Art Garfunkel of Simon & Garfunkel, or Dash Crofts of Seals & Crofts? I’ll have that answer, and the song in question, near the end of the show.

OK, I think we need to get a couple of rumors out of the way before we go anywhere. First, Nena’s name isn’t Nena, although this isn’t like Blondie where everyone calls Deborah Harry “Blondie” even though it’s the name of the band, not the performer. Nena is called Nena publicly, but her real name is Gabriela Kerner. Second, Nena did not commit suicide in the 80s. I don’t know where that one came from, but the really weird thing is that when I started doing the research for this episode and trying to track down the rumor, it turned out that this very week, the first week of September 2021, another death hoax about her began spreading on social media. Happily, as I record this she is alive and well.

Let me say this about this song: if your entry to it was “99 Red Balloons” then I feel very sorry for you, my friend, because the original German version is definitely better. In fact, the whole album, which is also titled “Nena,” is a banger. When I was in college I played a few tracks off that album just because I liked the way they sounded. It didn’t hurt that my girlfriend was a German major and could tell me what the songs were about, since the lyrics printed on the inner sleeve were also in German, and THAT didn’t help me any. So this song—stuff off this album, really—reminds me of her. For what it’s worth, Mr. Mister’s “Kyrie”, which I talked about in Episode 126, also reminds me of her. And there are two other songs, but I don’t think I’ll do episodes on those two. Maybe I’ll reveal them in the Newsletter.

“99 Luftballons” is a song about brinkmanship and the way that ridiculously small things can escalate into full-scale wars. The basic premise of the song, in German, is that someone in a radar shack sees a bunch of balloons come up on their radar screen and marks them as unidentified flying objects. Both sides scramble the fighter jets and go to full alert because they think the other side is launching an attack. This leads to all-out war lasting 99 years. At the end of the song, Nena is picking through the rubble and finds a balloon. She says she thinks of you and lets it fly.

In the English version, Nena and you, the listener, go into a toy store and buy the balloons, which are subsequently let go and identified as threats. The planes are scrambled and there is a conflict, but for how long isn’t clear, but it’s also ended up in a lot of destruction. Nena is looking around for some sign that humanity was there, and she finds the single red balloon.

So where did this story originate? Believe it or not, with the Rolling Stones. Guitarist Carlo Karges was at a Rolling Stones concert in West Berlin in 1982 when he noticed that balloons were being released. Now, remember this is back when the Berlin Wall was still a thing and part of the city was controlled by the Soviet Union. Karges watched this mass of balloons float away and change shape, looking like a strange spacecraft. And he began to wonder what would happen if they floated past the Berlin Wall into Soviet airspace.

The band also related a story from 1973 that was part of their inspiration: some high school students in Nevada staged a prank by tying a hundred Mylar balloons together with a traffic flare. One of the balloons got away before the launch, so they had 99 balloons on this setup. The flare was lit and the balloons launched, and the red flame from the flare made the reflective balloons look like a big pulsating red object floating over Red Rock Canyon. I actually did find this story in a newspaper but I was thwarted by a paywall, so I’m contenting myself with the fact that it did happen.

The song was first released in Germany, of course, in 1983. And the record company really didn’t have any intention of releasing the song in America until a disc jockey at KROQ in Los Angeles got a hold of the song and started playing it. Now, as I noted earlier, College radio stations were already playing the record so it’s entirely possible that this disc jockey heard it from a college station and picked up on it for his station. Nina eventually recorded an English version of the song with the title translated into “99 Red Balloons”, and released it in the United States. For that version, the lyrics were translated into English by Kevin McAlea, who is mostly known for working with Kate Bush and David Gilmour. Now, whether you heard the English version or the German version while it was climbing the charts really depended upon where in the country you lived but basically it was the German version that was the hit, and made it all the way up to number 2 on the Billboard Hot 100 chart in March of 1984. The song that kept it out of the number one position was Jump by Van Halen. And I guess it’s worth mentioning that “99 Luftballons” is not the highest charting German song on the Billboard Chart. only two years later, Falco’s “Rock Me Amadeus” made it all the way to number one. The German version also made it to number one in Australia,  New Zealand, Japan, and most of Europe. It was a top ten hit in Spain and a top 25 in Poland.

it’s kind of interesting that the most prominent covers of this song were both done by Nena. In 2002, the band released a cover which had more of a ballot e feel to it. This version was included on their album Nena featuring Nena. For what it’s worth, I rather like this cover. And incidentally, if you’re looking for a good translation from the German to the English, go look for this song on YouTube and find the official version; the captions are already there, and you don’t have to turn them on.

Then, in 2009, the band cut another version which was a little bit closer to the original. it originally aired as part of a European special called Summer of the 80s, which aired on the European art Channel. The video itself was animated with 8-bit art, because it was meant to have a throwback look to it. And because it was meant to have a pan-European feel to it, some of the verses were sung in French. And I’ll tell you what: that song’s been around for forty years now, and Gabrielle Kerner’s voice hasn’t changed appreciably in all that time. I know MY voice isn’t the same today as it was then, and she’s only got a couple of years on me. These aren’t the only covers of the song, of course–a German version by the group Kaleida was recorded and used in the 2017 film Atomic Blonde–but no other version has really penetrated the public consciousness.

And one more bit of “99 Luftballons” trivia for you before I move on: in 2006 the cable station VH1 ran a fundraiser for Hurricane Katrina relief, where viewers who made donations could choose which videos the station would play. One viewer donated $35,000 and requested continuous play of both “99 Luftballons” and “99 Red Balloons” for an hour. The station took his money and ran the song repeatedly from 2AM to 3AM the morning of March 26, 2006.

And now it’s time to answer our trivia question. Back on Page Two I asked you which of three artists, who are typically part of a duo, had a huge hit in the UK in the 1970s, and you got to choose from Art Garfunkel, Dash Crofts and John Oates. Well, that would be Art Garfunkel, who had the biggest hit of 1979 with his song “Bright Eyes,” from the animated film Watership Down. It spent six weeks in the Number One slot over there and sold over a million copies. In fact, the song was a pretty big hit all over Europe, landing mostly in the Top Five. Here in the US? It didn’t even crack the Hot 100, although it did peak at #29 on the Adult Contemporary Chart.

And that, my friend, is a full lid on another edition of How Good It Is. If you’re enjoying the show, please take the time to share it with someone, and maybe even leave a rating somewhere, and now you can support the show over at Patreon dot com, slash How Good It Is.

If you want to get in touch with the show, you can email me at HowGoodPodcast@gmail.com,

Or, you can check out the show’s website, How Good It Is Dot Com, where you may find a few extra bits.

Next time around, we’re going to find out How Good It Is when I talk to John Hall again, only this time it’s face to face.

Thanks for listening, I’ll talk to you next time. 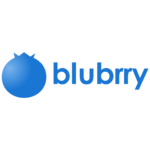